The Allies of World War II, called the United Nations from the 1 January 1942 declaration, were the countries that together opposed the Axis powers during the Second World War (1939–1945). The Allies promoted the alliance as a means to control German, Japanese and Italian aggression.
At the start of the war on 1 September 1939, the Allies consisted of France, Poland and the United Kingdom, as well as their dependent states, such as British India. Within days they were joined by the independent Dominions of the British Commonwealth: Australia, Canada, New Zealand and South Africa.[1] After the start of the German invasion of North Europe until the Balkan Campaign, the Netherlands, Belgium, Greece, and Yugoslavia joined the Allies. After first having cooperated with Germany in invading Poland whilst remaining neutral in the Allied-Axis conflict, the Soviet Union perforce joined the Allies in June 1941 after being invaded by Germany. The United States provided war materiel and money all along, and officially joined in December 1941 after the Japanese attack on Pearl Harbor. China had already been in a prolonged war with Japan since the Marco Polo Bridge Incident of 1937, but officially joined the Allies in 1941.
The alliance was formalised by the Declaration by United Nations, from 1 January 1942. However, the name “United Nations” was rarely used to describe the Allies during the war. The leaders of the “Big Three”—the Soviet Union, the United Kingdom, and the United States—controlled Allied strategy; relations between the United Kingdom and the United States were especially close. The Big Three together with China were referred as a “trusteeship of the powerful”,[2] then were recognized as the Allied “Big Four” in the Declaration by United Nations[3] and later as the “Four Policemen” of the United Nations. After the war ended, the Allied nations became the basis of the modern United Nations.[4]

A famous quote by George S Patton “It is foolish and wrong to mourn the men who died. Rather we should thank God that such men lived. 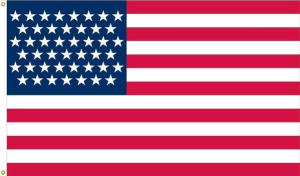